Hello welcome to grade six! This is a story I wrote recently, please enjoy!

Whew! What a day I had! I was invisible for 24 hours! You’ll never believe it! Come to think of it, I can’t remember what I did, the thought just “disappeared” from my mind! Since I can’t remember everything we’ll do this “Titanic” style, in flashbacks!

If I remember, the first thing I did was sneak into the taping of a game show. I can remember what it was called but, saying it might put me in “Jeopardy!” I went onto the stage and started saying answers into the contestants ears, or should I say the questions? After a bit of that I went back into the seats but the host left and got a replacement. This made people angry and they wanted a refund of some weird currency, I think they said they wanted their “Tre back”. Anyway, things were getting pretty heated so I left.

After that I think I… no wait I remember… oh yeah! I went to the red carpet premiere of that new superhero movie! I think it was in the franchise’s “Endgame” I think it could have been better though, unfortunately the critics disagreed. Before I left, I bought some merchandise. You may be wondering how I did that, the answer is that I took some merch when the guy left for a bit and put money in the register, I even did tax! There was a bit of a riot to get tickets which is why I didn’t stick around.

After all that I put a mask on and went out to dinner, if anyone asked I said I was leaving from a costume party. The restaurant was quite pretty you could say it was nice “sushi”. I got some noodles and fish with bubble tea, it tasted very good with unlimited dessert the only problem is that the grill caught fire and everyone ran outside. Then I went back home and watched a cop show, something about a New York neighborhood and the number before 100. At 8:30 I went to bed.

That’s what I did the day I was invisible I hope you enjoyed this story, but don’t tell anyone about it. Goodbye and good night/afternoon/morning/other time! 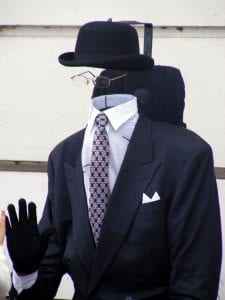 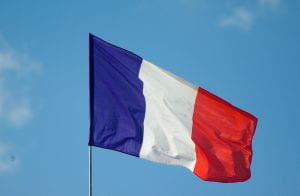